A downloadable game for Windows

Endless ATC is an easy to play simulation game, where you are an air traffic controller at the approach radar of a busy airport. The goal is to guide the planes safely to the runways to get a high score. If you make no errors, the number of planes you have to control gets larger and larger. How many flights at a time can you handle?

The game shows you a tracon radar screen with locations of planes and runways. Arrivals and departures will appear randomly. The interface is simple, but the simulation is on scale and the planes behave realistically. So: easy controls, hardcore simulation. If you're unfamiliar with aviation, please read the instructions first.

• Select a plane, give it a descend instruction (to about 2000 feet), guide it to the blue line at a large distance from the runway (there are arrows to help you), and give it clearance for an ILS (Instrument Landing System) approach, which means it will follow the line to the runway like in real life. It's also handy to check out the screenshots and the video.

• In order to land, a plane must comply to three conditions:

• If you do this correctly you will gain skill points. You can also lose skill points when planes:

• Challenge yourself even more by enabling crosswinds and thunderstorms!

• Some planes have an additional tag, for example 'RD'; only these planes need to land on a secondary airport.

• In the menu there are options including speed multiplier, radar update rate, and a custom traffic mode for a more relaxed gameplay: set precisely the amount of traffic you like.

In order to download this game you must purchase it at or above the minimum price of $5.99 USD. Your purchase comes with a Steam key. You will get access to the following files: 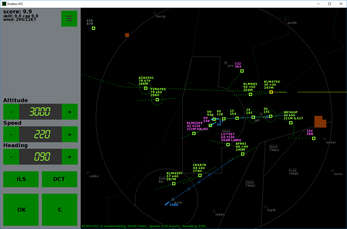 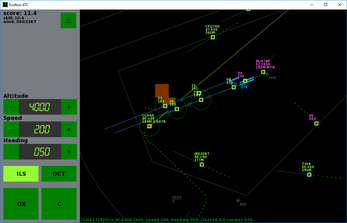 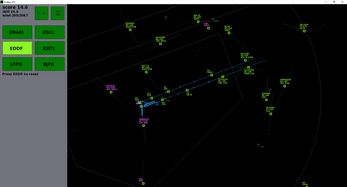 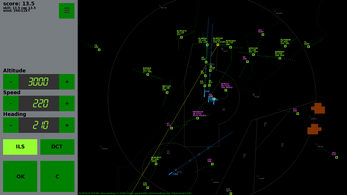